The main goals of the PECS ArcAlpNet project have been to develop a resilience assessment method for vulnerable communities to environmental change, in specific climate change, based on network governance theory, and to contribute to policy making with concrete advice on how to steer and increase resilience of such communities. 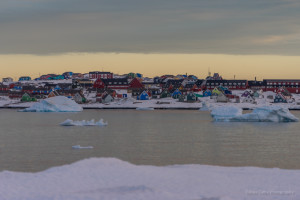 Hereby we have been assessing and comparing resilience in tourism dependent communities in the Arctic and the Alps. This first part of ArcAlpNet (1.0) is completed. In 2015 we launched ArcAlpNet 2.0, which involves further Arctic and Alpine communities and regions where we assess resilience based on the experiences from the first phase, but with some extensions. In especial, we now look at further Arctic communities where indigenous people live, and focus more on the interconnectedness of different economic sectors, i.e.fishing, reindeer herding, shipping, (renewable) energy, and tourism, in the context of an evolving circular economy model. We also include further Alpine communities in the European Alps.

We hereby aim to connect the social networks with perceived dependencies on place-based ecosystems, basically by extending the ecosystem services approach in a structural network modeling framework. 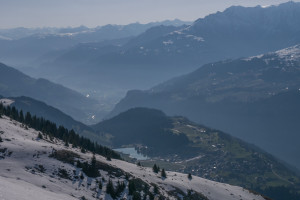 ArcAlpNet 1.0 has been the first stage of this transdisciplinary research project, running 2011-2014, and financed by the Swiss Network of International Studies (SNIS).

This project identified social network patterns together with key socio-cultural, relational and behavioural factors that increase or inhibit adaptation and resilience in the two case study regions, the Norwegian Arctic island of Svalbard with the community of Longyearbyen, and the Surselva-Andermatt Region in Switzerland, with the communities Andermatt, Sedrun and Disentis.

Isolated mountain and Arctic (island) communities and ecosystems are suggested as being some of the most sensitive to climate change, while historically suffering from economic, cultural and political neglect, leading to challenges in adaptive capacity.

The focus has been on context-specific characteristics of communities’ adaptive capacity and the link to community-specific characteristics within the existing local social networks and their embeddedness within the broader political and natural environment. The social networks of the analyzed communities are linked to ecosystem services, applying a novel network analysis approach for combined social-ecological systems research.

The results of this transdisciplinary project provide insights into the barriers and mechanisms supporting or preventing adaptive capacity to climate change from a governance angle.